$6,000,000 For Failure To Diagnose Allergic Reaction To Septra 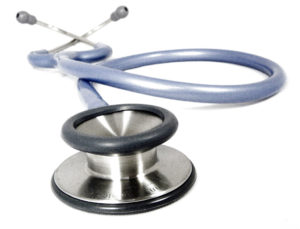 A 52-year old man was the victim of medical malpractice when his doctors did not diagnose that he was was suffering an allergic reaction to Septra, an antibiotic commonly used to treat infections.

The father of five was given Septra by his Primary Care Physician (PCP). Just seven days later he developed chills, fever and vomiting. He was told by his PCP to continue the Septra. Five days later he had a rash covering his body and a sore throat so severe that he could not speak. He went to the Emergency Room at St. Mary of Nazareth Hospital.

Clear Signs Of A Drug Reaction Required Stopping All Medications

St. Mary of Nazareth Hospital Emergency Room personnel noted that the patient’s rash extended from the trunk up the back and to the neck and arms. His PCP was called because the patient could not give information, but the PCP did not inform the hospital doctors that the patient was on Septra. The patient was admitted with a diagnosis of a drug reaction. He was kept on Septra.

In the hospital the Infectious Disease Consultant did not take a history as is required for a drug reaction, and kept the patient on Septra. The consultant and the PCP did not ask the family to retrieve the patient’s medicine bottles from home, or nor did they ask for his prescription history even though he could not talk.

Immediately after admission the patient’s skin began to fall off. All patients with skin reactions must be seen by a dermatologist. No dermatologist was on-call at the hospital and no one was called in to see the patient. Another hospital doctor diagnosed the patient with Toxic Epidermal Necrolysis syndrome (TEN) and Stevens-Johnson Syndrome (SJS).

The standard of care requires that all patients with TEN or SJS must immediately be treated as a burn victim due to skin loss, and be transferred to a burn unit. Instead of rushing the patient to the burn unit at Cook County Hospital for advanced care the defendants kept him on Septra, and gave him the wrong treatment for TEN.

The family pushed for transfer to a burn unit but were refused. After five days the patient was transferred to Cook County Hospital’s burn unit where the medical staff there immediately identified Septra as the cause of the drug reaction and confirmed the diagnosis of TEN. By then it was too late to stop the drug reaction and the patient died seven days later despite all efforts. He was survived by his wife and five children.

Medical malpractice and personal injury attorney Jerry Vinkler tried the case in Cook County to pursue justice for his client’s family. After two weeks of trial, St. Mary of Nazareth Hospital paid the amount demanded to show justice for this family.

With almost 30 years of legal experience, Jerry Vinkler holds doctors, hospitals and pharmaceutical companies accountable for the harm caused to patients when they do not follow the rules for proper care.

ABOUT VINKLER LAW
Our firm represents individuals who were catastrophically injured or were killed due to the conduct of others in all personal injury litigation, including medical malpractice, wrongful death, product liability, premises negligence, construction liability, trucking liability, auto liability and nursing home liability.
RECENT FIRM NEWS

Five Questions You May Have About Concussions