How many people a year die in the hospital from medical mistakes as compared to other causes of death in the United States? 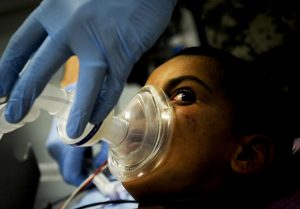 These types of death command a significant portion of the media coverage in our society.

Yet, in 1999, it was estimated that up to 98,000 people a year die because of a mistake in a hospital.  In 2010, the Office of the Inspector General for the Department of Health and Human Services stated that bad hospital care contributed to the death of 180,000 patients, and a just released study in the Journal of Patient Safety, says that between 210,000 and 440,000 patients each year who go to the hospital, suffer some type of preventable harm that contributes to their death.

This makes medical errors the third leading cause of death in Americans behind heart disease and cancer.

The new estimates were developed by a toxicologist with NASA, who also runs an advocacy organization called “Patient Safety America.”

Medical mistakes may or may not be malpractice, but it takes legal and medical investigators who know their way through the medical records to help make that determination.  The firm of Vinkler Law has extensive experience in handling medical malpractice cases.  We have successfully represented families who have been victims of medical negligence.  If you suspect that you or your loved ones were the victims of medical negligence, you should contact our firm so that we can discuss the facts, examine the records and determine whether or not medical negligence occurred.

ABOUT VINKLER LAW
Our firm represents individuals who were catastrophically injured or were killed due to the conduct of others in all personal injury litigation, including medical malpractice, wrongful death, product liability, premises negligence, construction liability, trucking liability, auto liability and nursing home liability.
RECENT FIRM NEWS

Five Questions You May Have About Concussions